Consuming caffeine may offset some unhealthful consequences of an obesity-inducing diet, according to a new study in rats.

Scientists at the University of Illinois at Urbana-Champaign fed rats a high-fat, high-sugar diet. They then gave some of the rodents caffeine extracted from mate tea and others decaffeinated mate tea.

The rats that consumed the caffeine extract gained 16% less weight and 22% less body fat than those that consumed decaffeinated mate.

The anti-obesity effects were similar among rats that consumed synthetic caffeine or caffeine extracted from coffee.

By studying the rats' cells, the scientists found that caffeine exerts some of its effects by altering the expression of certain genes.

They report their results in a recent Journal of Functional Foods study paper.

The amount of caffeine was equivalent to the amount that humans ingest from drinking 4 cups of coffee per day.

After 28 days, there was a marked difference in lean body mass among the six groups of rats. The rats that had consumed caffeine from any source had gained less body fat than their counterparts in the noncaffeine group.

There was a close link between the storage of lipids in fat cells, the gain in body weight, and the increase in body fat.

The findings add to increasing knowledge about the potential for mate tea to help combat obesity. This is in addition to other health benefits conferred by the vitamins, flavonoids, and phenolic compounds in the herbal tea.

Mate, or yerba mate, is a beverage made from the leaves of the tree Ilex paraguariensis St. Hilaire. It is a popular drink in South America, where consumption in countries such as Brazil, Chile, Argentina, Paraguay, and Uruguay can reach 3–10 kilograms per capita.

The drink has become a popular alternative to black tea and coffee because of its reputation as protective against infection, obesity, diabetes, and cardiovascular conditions.

A typical serving of mate contains between 65 and 130 milligrams (mg) of caffeine. A cup of brewed coffee, in contrast, can contain 30–300 mg of caffeine.

In addition to studying the effects of the various forms of caffeine in live rats, the researchers investigated the effects in cell cultures.

They exposed fat cells from mice to all three types of caffeine: synthetic, coffee extracted, and mate extracted.

These tests revealed that lipid buildup in fat cells decreased by 20–41%, regardless of the type of caffeine.

Examination of genes relevant to lipid metabolism and obesity also revealed that caffeine reduced the expression of certain genes.

Caffeine downregulated the expression of genes that code for fatty acid synthase (FASN), an enzyme that helps produce long-chain fatty acids, and lipoprotein lipase (LPL), an enzyme with a key role in breaking down triglycerides.

All three types of caffeine — synthetic, mate extracted, and coffee extracted — reduced the expression of both genes by a considerable amount.

In the rats, the consumption of caffeine extracted from mate reduced FASN expression in fat tissues by 39% and in their livers by 37%.

The researchers found that downregulation of FASN and two other genes in the rats' livers reduced the production of triglycerides and low-density lipoprotein cholesterol in those organs.

The imbalance between the intake and use of energy by the body triggers storage of excessive triglycerides in fat tissues.

The World Health Organization (WHO) defines overweight and obesity as "excessive fat accumulation that may impair health."

Obesity is a major health challenge worldwide. Once confined to higher-income nations, it is now also a growing health problem in middle- and low-income countries. At least 2.8 million deaths per year result from obesity and overweight.

While various interventions — including lifestyle changes, drugs, and surgery —can help people with obesity lose weight, keeping it off remains a major challenge.
The pressing need for widely available and affordable strategies is encouraging scientists to search for solutions in plants and herbs.

"The results of this research could be scaled to humans to understand the roles of mate tea and caffeine as potential strategies to prevent overweight and obesity, as well as the subsequent metabolic disorders associated with these conditions." 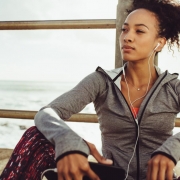 Medical News Today: Influenza A vs. B: What to know
Scroll to top