Ecstasy — or methylenedioxymethamphetamine (MDMA) — is a recreational drug that is illegal in the United States. However, some researchers believe that it could aid in mental health therapy. A new study in mice puts this idea to the test.

MDMA is a mind-altering drug that can be popular at parties, as it boosts energy and especially empathy, making people feel more connected and safe around others, even if they are strangers.

In the U.S., MDMA is classed as a Schedule I drug, which makes it illegal, as a substance "with no currently accepted medical use and a high potential for abuse."

However, this classification came after some psychiatrists had used the drug for therapeutic purposes, for many years, to help individuals who were struggling with communication feel more at ease and able to talk about their problems.

The fact that the drug can become addictive made it fall from favor, and it acquired its illegal status in 1985. Recently, though, more and more researchers are beginning to ask whether MDMA can ever be used safely in therapy.

Earlier this month, scientists from Stanford University, in California, and the Albert Einstein College of Medicine, in New York, published a paper in the journal Science Translational Medicine, detailing the findings of a study that they had conducted in mice.

In this study, the team aimed to determine how MDMA causes an individual to become more sociable. They also hoped to find out which doses, if any, could provide the positive effects with minimal risk of addiction and other threats to health.

"We've figured out how MDMA promotes social interaction and showed that [this is] distinct from how it generates abuse potential among its users."

MDMA triggers the release of serotonin

To understand what differentiates MDMA's positive effects from its potential to become addictive, the researchers looked to the brain circuit that underlies addiction: the reward circuit.

But, he adds, the same circuit can end up reinforcing that something unhealthy is highly desirable. When we take an addictive drug, the researcher explains, the substance stimulates brain cells to release the "happy hormone" dopamine.

Dopamine then acts on a brain region that is key to the reward system, the nucleus accumbens, which, in turn, sends out reward signals. These reinforce the sense that the substance is something desirable and that we need to seek it out.

"Drugs of abuse trick our brains by causing an unnatural dopamine surge in the nucleus accumbens. This massive increase is much higher and more rapid than the one you get from eating ice cream or having sex," Dr. Malenka points out.

But which neural mechanisms does MDMA tap into to achieve its prosocial effects?

Dr. Malenka and colleagues explain that the prosocial effects of the drug most likely result from the release of serotonin, a hormone that helps regulate many functions, including mood, sexual desire, and social behavior.

MDMA stimulates neurons to release serotonin into the dorsal raphe nucleus, a part of the brain that communicates with the nucleus accumbens.
By this point in their study, the researchers had yet to discover which doses of MDMA could trigger prosocial behaviors without stimulating addictive responses.

Can dosage aid bonding without addiction?

At a very low dose of 2 milligrams per kilogram (mg/kg), mice that received the substance showed no improvements in sociability. However, when the researchers upped the dose to 7.5 mg/kg — still a low dose — the mice became more sociable.

"You can't ask mice how they're feeling about other mice, but you can infer it from their behavior," Dr. Malenka explains.

After having administered either a low dose of MDMA or a saline solution placebo, the researchers placed each mouse in a space that gave them options — to spend time alone or with another, MDMA-free, mouse.

The investigators found that the mice that had received 7.5 mg/kg of the drug would remain interested in the fellow rodent for at least 30 minutes, while those in the placebo group would invariably get bored after 10 minutes.

And, lead author Dr. Boris Heifets points out, "Giving MDMA to both mice enhanced the effect even further."

"It makes you wonder if maybe [in a human therapy context] the therapist should also be taking MDMA," Dr. Heifets notes.

But how did the investigators know that the 7.5 mg/kg dose did not also trigger addiction? The researchers explain that individuals with addiction — and this goes for humans and rodents — tend to repeatedly seek out the same spaces where they had enjoyed themselves.

The team gave the mice the same dose of MDMA as before and placed them in one room of an environment that had two rooms. The next day, they placed the mice in that environment again, to see whether they would choose to be in the room where they had received the drug.

The rodents, however, showed no preference for either room, suggesting that the neural mechanisms of addiction had not been set in motion. The same was not true for mice who had received a higher dose of the drug: 15 mg/kg.

An MDMA alternative with its own dangers

When researchers blocked a specific type of serotonin receptor present in large numbers in the nucleus accumbens, they saw that this stopped MDMA from having a prosocial effect in mice. This confirmed that serotonin had been responsible for the boost in sociability.

They also found that they could use a drug to trigger the release of serotonin, but — unlike MDMA — not dopamine, to boost sociability in mice without the risk of addiction.

There is, however, a catch. The drug that achieved this effect was d-fenfluramine, which was once popular as a weight loss aid. It fell out of use in the late 1990s, when researchers confirmed that the drug could cause severe, life threatening cardiovascular problems.

Thus, the research team emphasizes that neither MDMA, which has the potential for addiction, nor d-fenfluramine, which can impact vascular health, should ever be used as daily therapeutics.

They do, nevertheless, argue that a one-off dose would likely be a safe way to help an individual open up with their therapist. 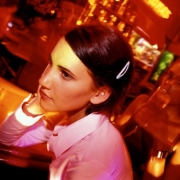 Medical News Today: How long does molly stay in your system?

Medical News Today: Should we all be eating more protein?